On May 05th, 2017, An Khanh Binh Co., Ltd. (AKBC), the subsidiary of Hoa Binh Corporation (HBC), in the co-ordination with Kubota Vietnam (KVC) had launched the Kubota Maize Harvester, model of CK70 on the maize crop at Xuan Phu village, Xuan Loc district, Dong Nai province. 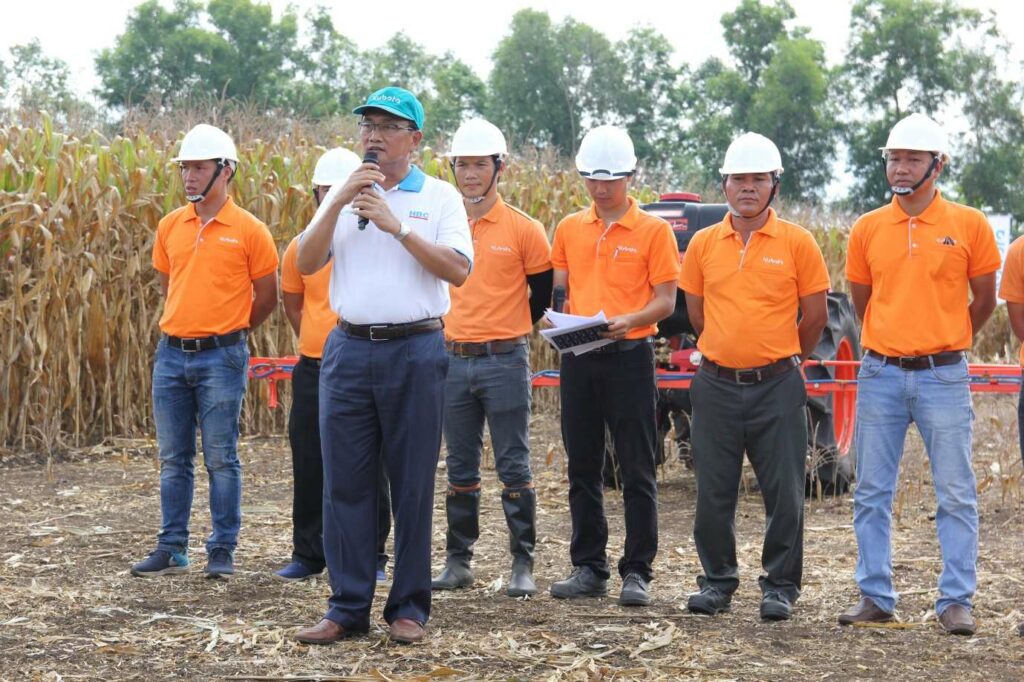 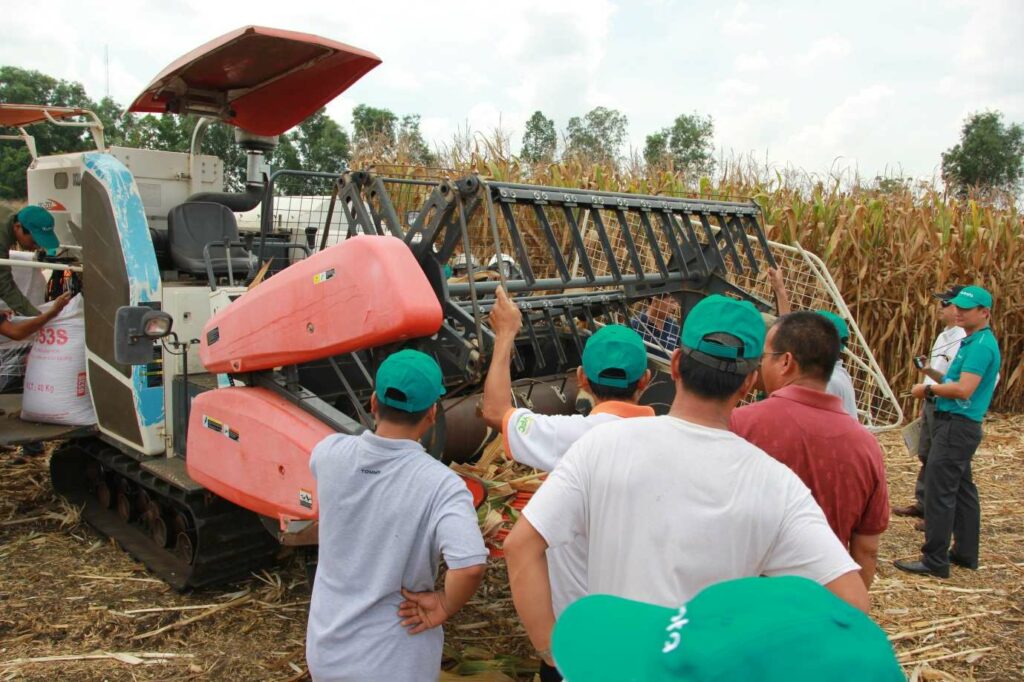 The demonstration of CK70 Maize Harvester

After years of researching to motivate farmers grow corn with high productivity and reduce the rate of harvest losses, Kubota has produced CK70 with the capacity utilization more than 30 times compared as the traditional harvesting methods.

This Kubota Maize Harvester is designed to be suitable for corn weeding and utilize the grain quality, integrity and cleanliness. The loss rate of CK70 is innovated critically, less than 5%, majored due to:

– Innovated protection net: Designed to minimize the broken and dirty grains and avoid the losses in harvesting. 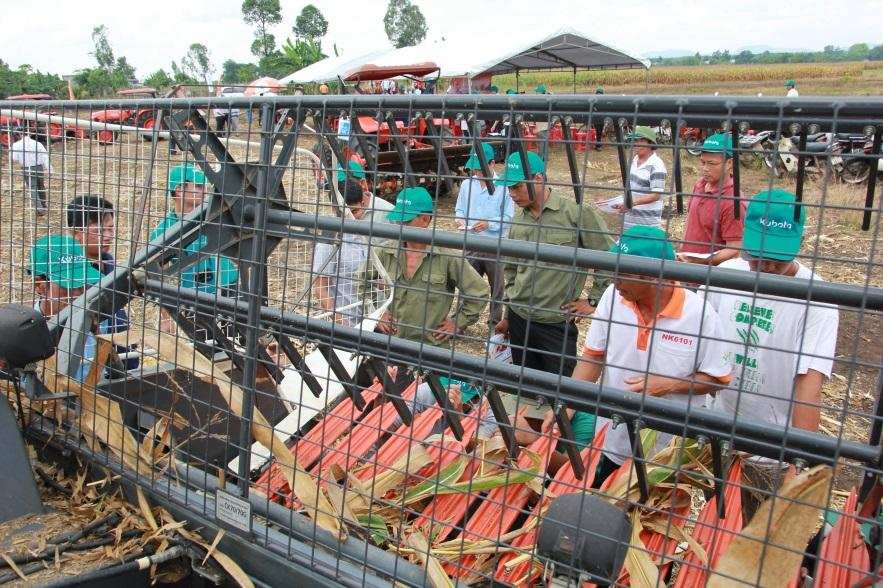 – Cutting frame: The legs are 200mm high to prevent the jaws hitting on the ground.

– Side protection net: Well-designed to prevent the harvested produces be blew out, minimize the loss rate critically. …. – Cutter protection: The curvature and spacing of the blade guard bars is 31mm, which ensures that the corn does not get stuck on the cutter and reduces the loss on the cutter head.

In addition to minimize the losses, some well-innovated option are also equipped in CK70, as:

– The torsion bar is thick at 4mm, incline to 10 degrees support the machine can extends the grain beating times.

– Grain sieve: 15mm dia. sieve help the harvested produce be more well-attractive and keep the grain be cleaner after being separated.

During the launching ceremony of CK70 Maize Harvester, KVC also introduced to farmers the other agricultural products: 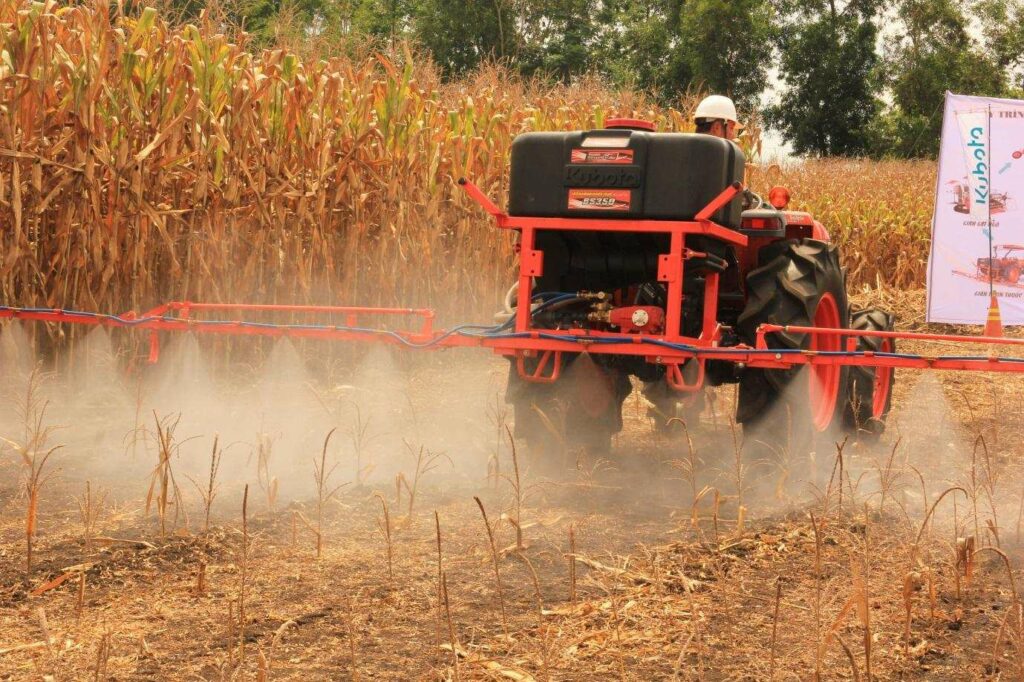 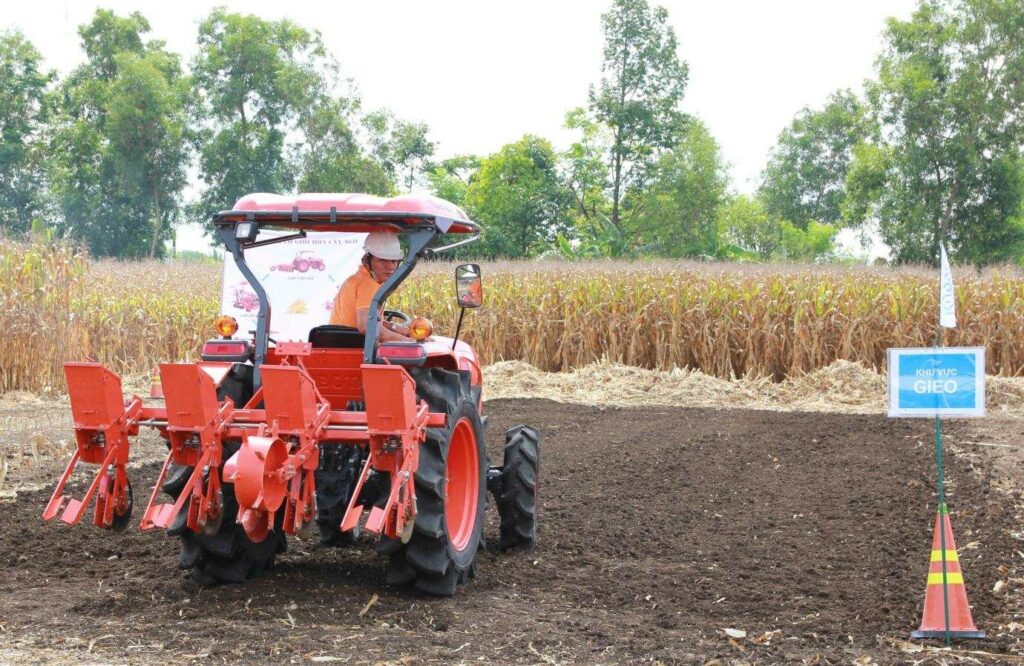 At the launching of the CK70, many farmers had inspired by testing drive with the new machine and were really satisfied with the new product. 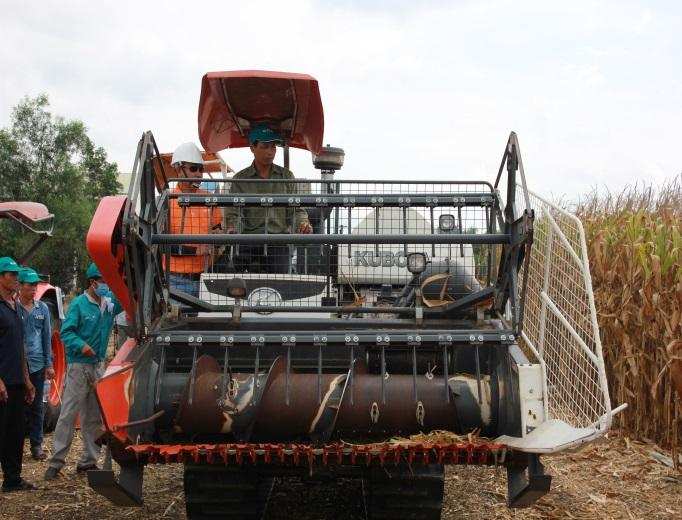 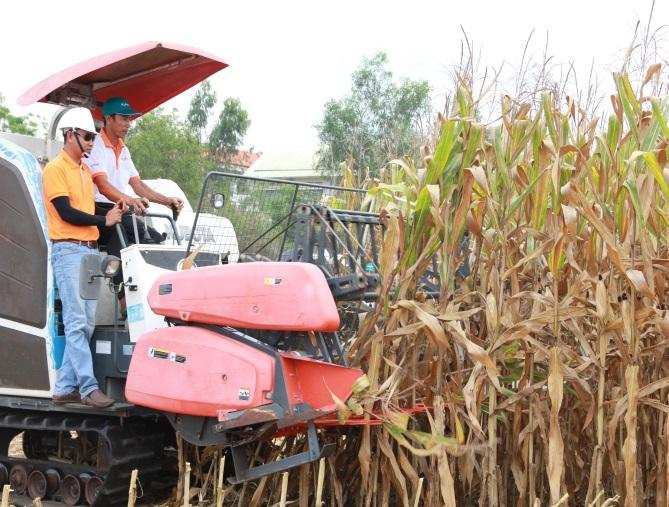 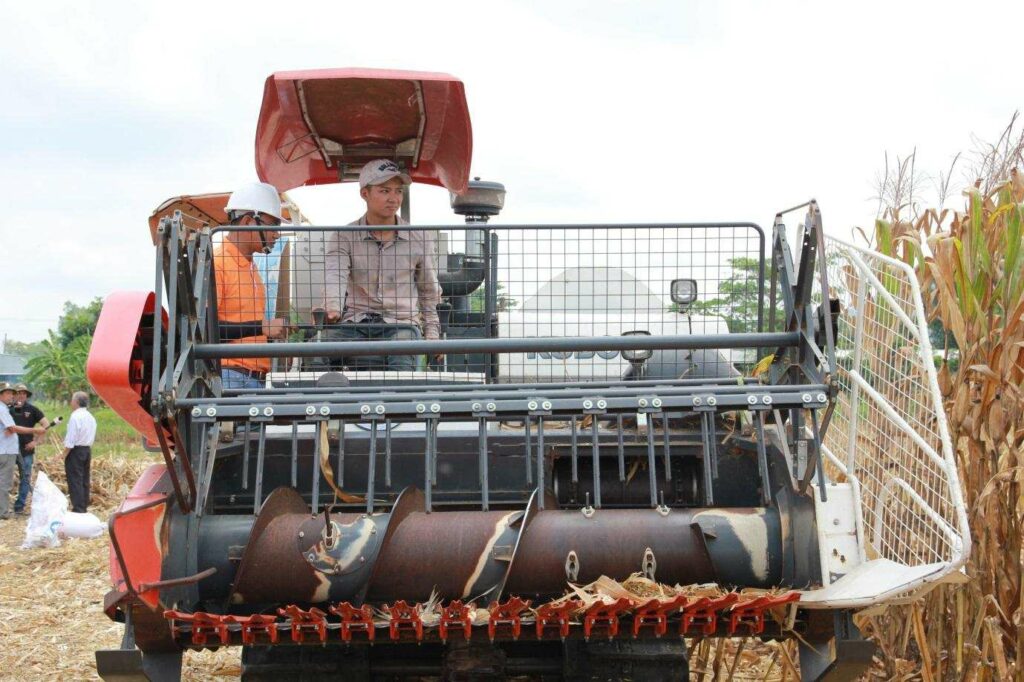 The Celebration of The 16th Birthday and The Woman Day